This year, Payette Brewing hosted the event at their new facility in downtown Boise off River Street. Since the building is still being renovated, a large tent was erected in the parking lot filled with tables, music, lights, and thankfully a generator nearby to provide power and some heat! To say that it was cold out is an understatement. To say that the generator was unruly is too kind, especially for those employees & volunteers who were on-site getting everything ready hours before the event started. I arrived at 10, an hour before the “League of Outlaws” members early access and you couldn’t miss the frost that was forming on the inside of the tent walls. Once things really got hopping around 1:00 there was enough heat inside from the heaters and warm bodies that the ambient temps were getting bearable although we had some intermittent rain from all that melting frost. By that time however, I don’t think anyone noticed… or cared. There were simply to many people to talk to and way too many beers to dive into.

The first few hours I spent pouring were outstanding, I got to meet most of those in attendance. The people that got there before 2pm anyway. The crowd was excited, friendly, and eager to explore as many of the 40+ beers that were on hand this year. The only problem, from my perspective at least, was that we were asked to refrain from having any beer during our shift. I understand the reason behind it, you don’t want your volunteers sauced, but it sure made it difficult when people asked for recommendations or insights on the 5 different beers I was responsible for pouring. I expect most of the volunteers for the afternoon shift were there having beers and enjoying things (in moderation of course) before their shift… but anyway, I digress. 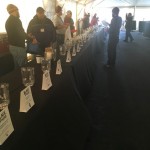 With 40+ beers to choose from, ranging from say 8-15+% ABV (just guessing here, actual ABV wasn’t posted on the tap list) you had to have some kind of plan of attack. Those high ABV 4oz pours can still sneak up on you in a hurry. For better or worse, the souvenir snifters were scaled back dramatically over last year’s 16oz tulips. This made it infinitely easier on the portion control side, but the usability in my collection down the road is almost non-existent. Organizationally, the alphabetical arrangement by brewery made it much easier to get a general idea where the beer you were looking for could be found. At the first table, I was responsible for the Alaskan Smoked Porter, Anderson Valley Wild Turkey Bourbon Barrel Stout, Bear Island Black Cherry Imp. Porter, Big Sky 2014 Ivan the Terrible Imp. Stout, and Boise Brewing Black Cliffs American Stout. Yes, 10 Barrel Whiskey Barrel Aged Russian Imp Stout would have been there as well, but it didn’t come out until later in the afternoon after my shift was over. Both Bear Island’s Black Cherry and Anderson Valley’s Wild Turkey barrel aged were far and away the most popular choices at my table. There was quite a buzz around Bear Island and their slightly sour Black Cherry with almost no middle ground. People either loved or hated it but this was one of those beers that as word spread people flocked to check out.

My favorites at this event are generally the whiskey/bourbon barrel aged varieties, but honestly, it’s pretty hard to find a “bad” beer so long as you’re a fan of dark beers this is as close to heaven as you can get. There were a few patrons in attendance that confided in me that they didn’t like dark beers (ohh the irony) and I will say that it was a stroke of brilliance for Payette to have a station at the other end of the tent where you could exchange a taster token for a full pint pour of some of their flagship brews like North Fork Lager, Outlaw IPA, Mutton Buster Brown. It didn’t look like it saw a lot of traffic, but for those who wanted a palate cleanser or guests of dark beer lovers who weren’t fans themselves… there were onsite alternatives. 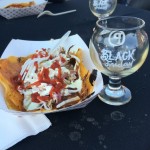 Working the morning shift was great! As soon as I wrapped up however prioritized sampling based on what I feared may run dry first was of paramount importance. Obviously, my first priority was to head over to the Deschutes tap and get some of the 2013 “The Abyss” Barrel Aged Imperial Stout which is an incredible beer. So much so that I went back for a second helping. Basking in the Abyssal glow, my next stop was at Odell’s Russian Pirate Rum Barrel Aged Russian Imp. Stout. Love Odell, but rum has to be one of my least favorite spirits. Thankfully this stout is very smooth and only slightly sweet, talk about batting a thousand so far. If I’m not drinking beer, I love a good whiskey and this led me to the Three Creeks Whiskey Barrel Aged Five Pine Porter tap. After a brief respite and regrouping at one of the many tables someone recommended I check out the Mother Earth Sin Tax Imperial Peanut Butter Stout. While I enjoyed my 4oz taste, I don’t think I’d want to drink much more. This was sweet, like drinking a beer made of melted Reeses Peanut Butter Cups. Good dessert beer if you have a sweet tooth, but too rich for me to want a pint or two of after a long winters day.

As my tokens were running out and I was contemplating the drive home I made my last stop count at the Payette tap for a pour of the 2013 12 Gauge Imperial Stout. Having had the ’13, ’14, and ’15 now, the ’13 has to my favorite. It just ages so well and while I don’t have any bottles in my horde, getting it on tap at Black Friday makes it all the more special. Of course, I had to pick up a bottle of the 2015 to try to carry over at least until next year. We will see how long my resolve lasts though. With a happy belly full of beer the last order of business was to make a quick stop over at one of my favorite food trucks in town who was on-site for the event. Archie’s Place had tacos and at the urging of my brother-in-law Chet, I went for the beef tongue variety (having never eaten tongue). Ohh My God! They were to die for. It may sound gross to eat tongue, but if you really put some thought into, pondering the exact origin of anything you eat can get a little unsettling. This was buttery smooth, melt in your mouth delicious and my only regret was that I couldn’t stick around and get a few more tokens and eat more tacos.

Major shout outs to Payette Brewing for putting on such a great event, all the volunteers who turned up to help it go off without a hitch, the beer loving public that showed up to hang out and have a good time, and of course to all the breweries that brewed up such fantastic brews for us to enjoy. Don’t get sucked into the commercial trappings of “Black Friday” and waste your life in line to get whatever door buster deal is being pushed on you. Eat a big breakfast, grab some deals on-line, and plan to spend the bulk of your day talking/drinking incredible dark beers from around the region. You can thank me later.

What was your favorite beer at Black Friday this year? Let me know in the comments below! 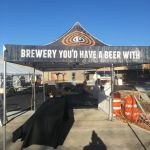 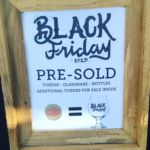 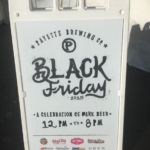 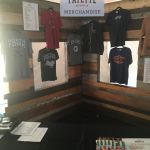 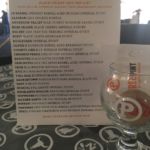 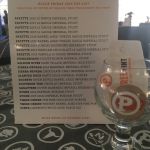 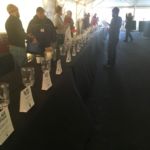 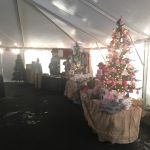 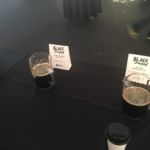 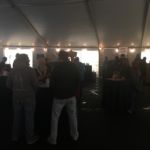 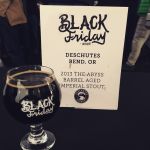 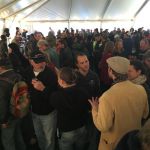 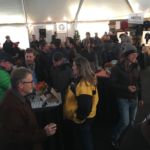 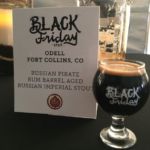 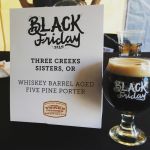 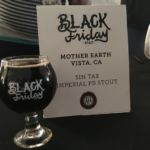 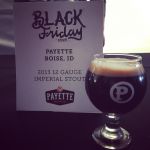 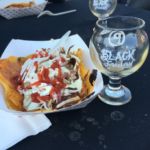